Will had just yelled “ready at the finish” when I noticed a movement by my seat. I looked down and let out a surprised yell. A small fish, 6” long or so, was flopping around under my seat. I yelled “wait, wait, there’s a fish in the boat” and tried to guide it over the side. Instead I ended up pushing it down by the foot stretcher, where there – for the time being – was lots of water for it to swim around in. Unfortunately for the fish the bailers were open, so I knew it would only be a matter of time before it would be high and dry by my feet. At that moment a large wave broke over the boat, soaking us all to the bone, and swamping the shell almost completely, giving the unsuspecting fish a few more seconds to enjoy itself. It was close to midnight; we had rowed almost non-stop for five hours in our quad and were about half-way between Tacoma and the finish line in Port Townsend, some 30 miles ahead of us. We were going 3-4 miles per hour - this could be a very long night indeed.

It all started 10 weeks earlier with an email from Roberta and the subject line ‘crazy question’. She had a rowing buddy, Rainer, at LWRC looking for somebody to join a men’s quad for the Seventy48 race 31stMay. She attached his story of their race in 2018. Seventy48 is a 70-mile open water race from Tacoma to Port Townsend, to be completed in vessels powered only by human power in 48 hours or less. No support, and nobody following you and checking up on you on the water. You’re on your own all the way. It rapidly became apparent that Rainer and two of the other three scullers from the 2018 quad had been very serious when they had said ‘never again’ to each other at the finish line. Only Adrian (Rainer’s son) was very keen on doing it again.

With a background in randonneuring (long-distance endurance cycling), where you cycle up to 750 miles (1200 km) in 90 hours or less I immediately thought to myself “How hard can it be?” and said yes without further considerations. Rainer then found two other adventurous scullers, Will and Terran, from Commencement Bay Rowing Club in Tacoma and we were all set!

During April and May, we all met a handful of times at LWRC to take out Rainer’s open water MAAS quad for longer and longer practices on Lake Union and Lake Washington. Our last practice run, mid-May or so, took us over to Kirkland and back for 3 hours or so of nonstop rowing, and a little less than 1/3 of the total distance. It was obvious that we rowed well together, despite the limited practice, and the boat handled and ran very nicely. We were all in our 40’s and all agreed that a sub-10-hour finish should be very doable (weather depending, obviously). Spirits were high as we met in Tacoma Friday afternoon 31stMay. Rainer and his wife, Beverly, had driven the shell, Adrian and me to Tacoma, would watch us start and then drive to Port Townsend to meet us all at the finish line.

We launched a bit north of the start line in the Thea Foss Waterway of the Port of Tacoma and rowed down to the line.

This way we would be at the front of everybody else and wouldn’t have to navigate too much past other vessels at the start. The start line was a chaotic mess of shells, kayaks, outriggers, SUP’s, pedal boats, wherries and almost any type of human powered craft you could think of.

At 6.55 pm we were in position right at the front. At 7.00 pm the starting horn sounded, and 109 teams took off, all bound for Port Townsend. Within a couple of minutes, we were ahead of everybody else together with a few other shells. Will was bowing, and had a GPS showing the entire course, and Terran and Adrian were in 2 and 3 seats. I was the stroke and had a first-rate view of the entire armada racing out of Thea Foss Waterway in our wake.

There was one checkpoint after 6-7 miles, at Owen Beach before you made the crossing over to Colvos Passage and the trek up past the west side of Vashon Island. As we approached the check point the called us over and said our tracker didn’t work. Each vessel had been issued a tracker so the race organizers and everybody else could keep track of where their loved ones were during the night. After messing around with our tracker for 5-6 minutes the organizers gave up, threw us a new one and let us take off again – right as 2-3 other shells were catching up to us.

The weather had been nice, sunny and very calm at the start. But as we progressed up through Calvos Passage a northerly wind kicked in and kicked up some serious waves. The shell started to fill. It wasn’t a concern for safety since it was designed to float while completely filled. But extra weight obviously slows you down, so we made stops to quickly open the bailers, row out the water, then close them again. Every hour we stopped for 1-2 minutes to drink and eat, stretch, change clothing. Then moved on. In-between those stops it was nonstop rowing.

As the last daylight disappeared, we passed Blake Island, and soon thereafter came upon Bainbridge Island. The wind had died down somewhat, it was very dark (close to a new moon) and the lights of Seattle greeted us on the left. As we kept rowing up past Bainbridge, we could see the Space needle disappear from view, to be replaced with the lights at Shilshole. I live in Ballard and quickly thought that my bed was only 4-5 miles away, but then pushed the thought aside. The lights from the masts on Queen Anne didn’t seem to disappear or become smaller at all, and we could see them for hours.

As we passed north of Bainbridge Island, we were a bit more than halfway. I was starting to feel some discomfort from sitting in my seat for 5+ hours – as engineered as rowing seats are, they still seem poorly suited for long-term sitting… And I had quite a few blisters on my fingers who would occasionally pop. Other than that, we were still in reasonably good spirits. We had lost all contact with any other competitors and had limited idea where anybody else were, though we were fairly certain we were in the lead or close to the lead. Then the challenging part of the race began.

As we began the trek up past the Kitsap peninsula the wind increased from the north and the 10 miles or so up along the peninsula can only be described as an immense struggle. Occasionally we were going 2.5-3 miles per hour, and with 25+ miles still to go that didn’t do anything good for morale. Several times we were completely swamped by breaking waves filling up the quad and bringing us to a complete stop. Open water rowing clearly requires additional boat handling skills and strategies compared to what you learn on the flat waters of Lake Union and Lake Washington!

We scouted the shoreline for places where we could pull over to get some rest and wait for the wind and waves to die down, but there were no obvious places to pull over at all. The closest would be Point No Point lighthouse, still some miles (and hours!) ahead. We were all completely drenched, and I was still in my T-shirt. However, I was wearing a woolly undershirt and that kept me warm through the night, despite frequent drenching. We saw some lights approaching from the south and wondered what kind of vessel it could be. After 20-30 minutes it became apparent it was one of the single-scull competitors that had caught up to us in the waves. He obviously had superior open-water boat handling skills! We followed each other up to Point No Point lighthouse and began the crossing towards Marrowstone Island and the Portage Canal leading into Port Townsend Bay. Then the wind suddenly died down, and a heavy fog rolled in…

The entire 10-mile crossing to Portage canal was in a heavy fog and we had no sense of progress whatsoever. Will in the bow obviously had our GPS to look at, but for the rest of us we might as well have been rowing blindfolded in a tank. I could see our speed on the stroke coach and that reassured me that we were moving along (a lot faster, now that the wind and waves had died) but apart from that there was no indication of progress.

The crossing took a couple of hours, only interrupted by a few short stops to drink and eat, and shortly before 5 am the fog started to lift as the sun slowly rose. The single was gone, but as the fog lifted, we now saw a double to our left! For 10-15 minutes we battled it out with the double at rates around 28-30 before we had to throw in the towel and slowly let them slip away. I was completely empty and could see the puddles from my blades getting smaller and smaller almost with every stroke.

We made it through the Portage Canal and began the last 3 miles or so across Port Townsend Bay. To me, they felt like they took forever, although it was hardly more than 30 minutes or so to get across. We passed the finish line in 2ndplace overall at 5:56 am, 7 minutes behind the double and 10:56 hours after leaving Tacoma. Two minutes later the single from earlier in the night came in. Nos 1-3 separated by 9 minutes after 70 miles! It would be almost two more hours before no 4 came in.
We docked at the beach next to the finish line where Rainer and Beverly, together with a lot of the organizers were eagerly awaiting us. I had to be carried out of the boat and into the water and had a very hard time getting my legs into walking mode again so I could stumble the 3m onto the beach and up on a log to sit down. Sitting down had to be done with the utmost care after more than 11 hours in a rowing seat!!! Noodles, and shortly after hot showers, coffee and pastries were provided. That relatively quickly restored my energy, and around 11 am we began the trip back to Seattle in Rainer’s van. After I came home, the rest of the weekend was a blur though, where I drifted in and out of sleep. It wasn’t until Thursday the following week that I could close my right hand, and it would be almost two weeks before I was back on the water at CCS, still feeling the blisters and the effect of the seat on my behind. It was certainly an adventure and I might, potentially, consider doing it again in 2020. For the rest of 2019, however, I will stick to the fall headraces as the longest distance!! 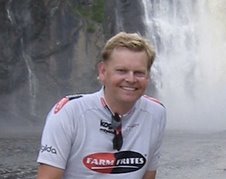